Empty graphs in Datadog after installing the agent on a Raspberry Pi?
I experienced this and fixed it by installing a couple of things…

Datadog on a Raspberry Pi?

A little while ago I installed a Datadog monitoring agent on my Raspberry Pi - partly because I discovered this was possible, but mostly because I wanted to be able to know if my always-on pi was indeed still on. Opting for an advanced monitoring agent like this for a relatively basic task may seem like overkill but as I rather enjoy playing with graphs it was an obvious choice for me. Plus, I’d seen a little of Datadog’s capabilities at work and was aware of the possibilities - also the inspiring Pokemon Go status dashboard had recently come into existence (which was a lot more extensive than it is now!).

As the title hints, I needed to do something extra to “fix some broken metrics” - not everything was automagically instrumented as is generally described by these software vendors. If you find that nearly everything is working out-of-the-box after installing the agent but the Network traffic (bytes per sec) and Process memory usage graphs are empty in the Datadog console, then maybe the scenario below will apply to you…

Note: this was for Raspbian GNU/Linux 8 (jessie)

If you have already installed header files during a previous endeavour your problem might be solved by installing only python-psutil - if not, you can probably find this next error…

Still got an empty Network graph?

– Ensure go environment is in the $PATH for account running agent

As I was running the agent as root… this was root’s home directory. This was ok until the Raspberry Pi was restarted - root doesn’t actually login so the contents of ~/.profile are not read. Adding the same export commands to /etc/rc.local allowed root to find the go environment during boot time. 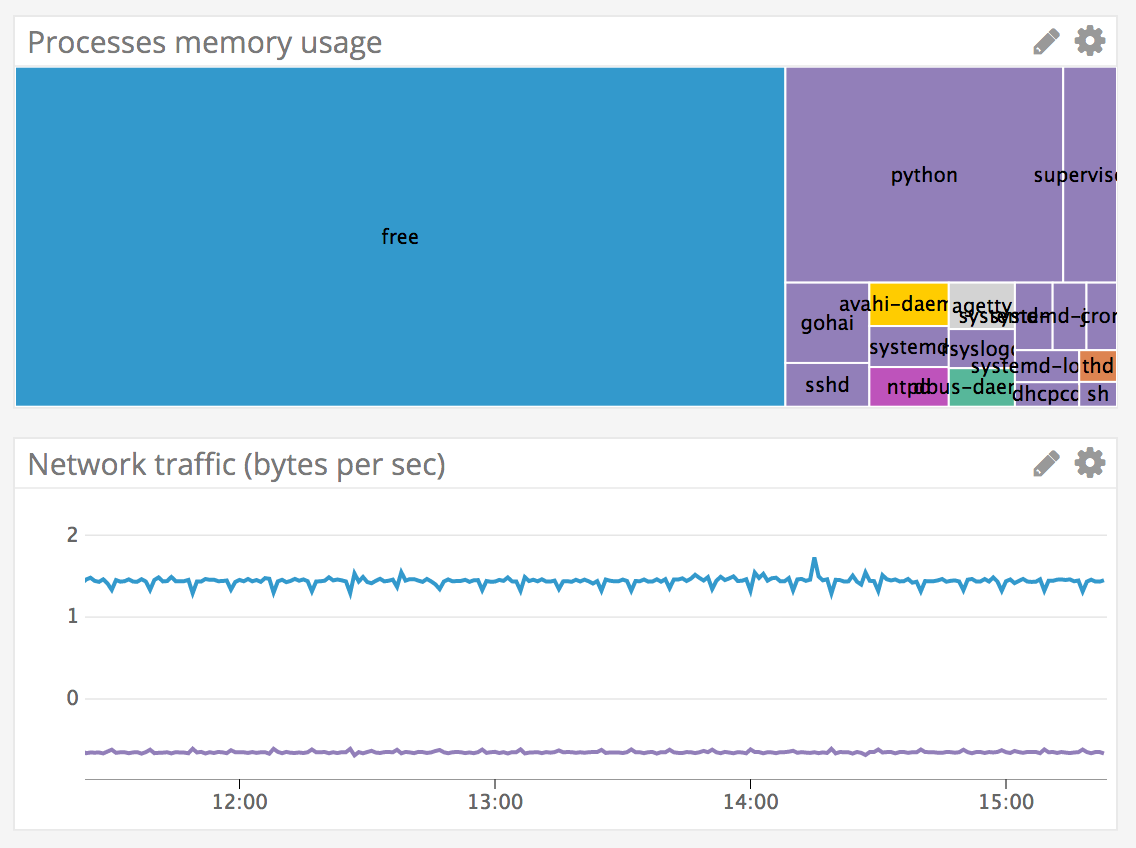 This was my experience after installing the Datadog agent available at the time on to recently installed Raspbian operating system. Things may differ on other or newer versions of the agent / Raspbian / go … (this post remained in draft status for a little while, so latest/recent = some time around Nov-Dec 2016 …)

If you’ve read this all the way to the end then this will almost certainly interest you:

I found this post when dusting off this draft, which led to tangenting into resin… and another draft. Expect to read something about resin on here in the future!